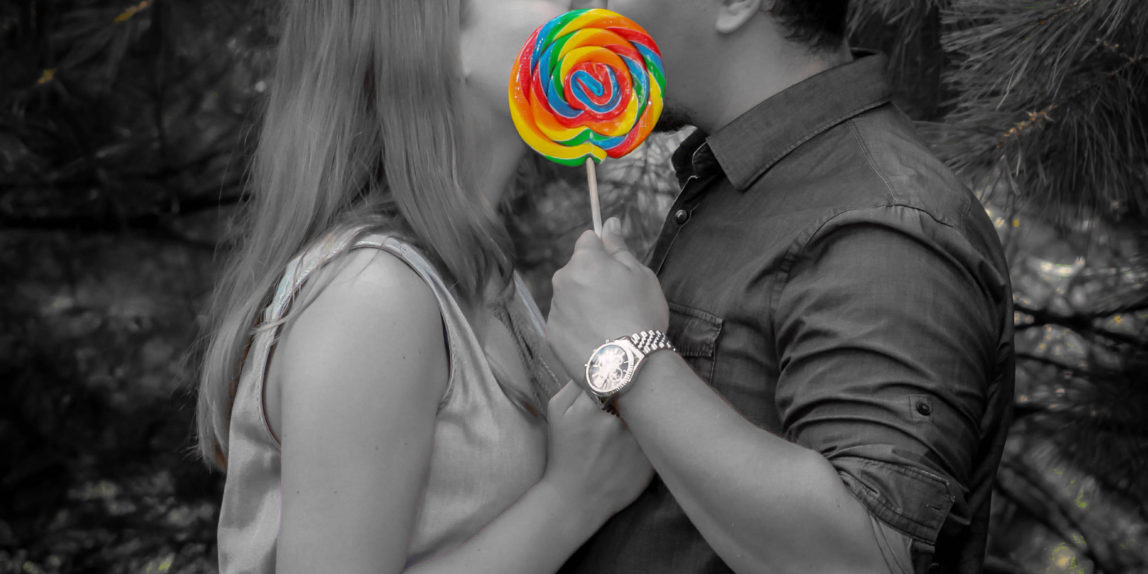 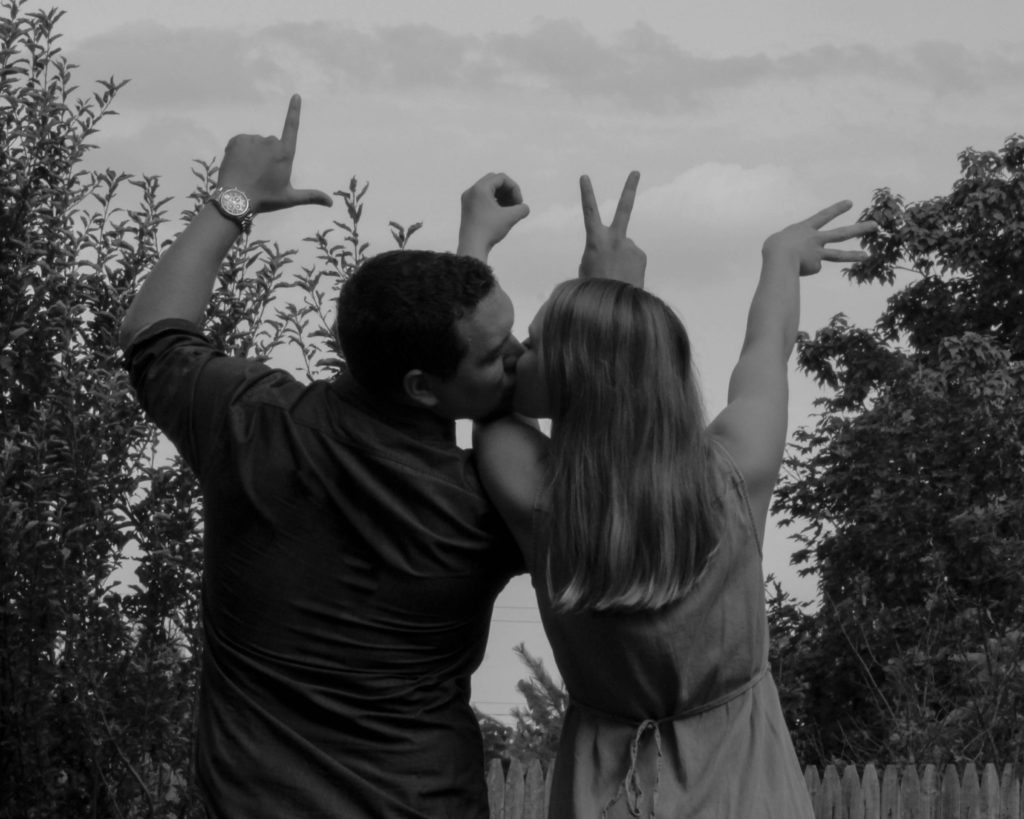 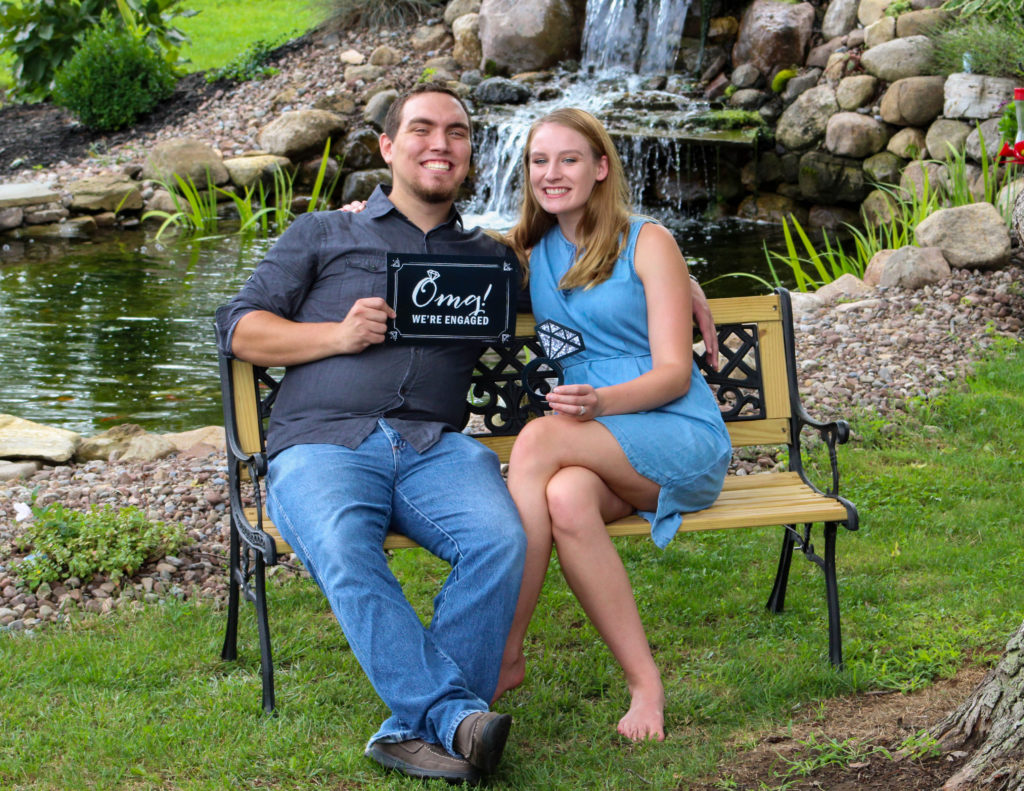 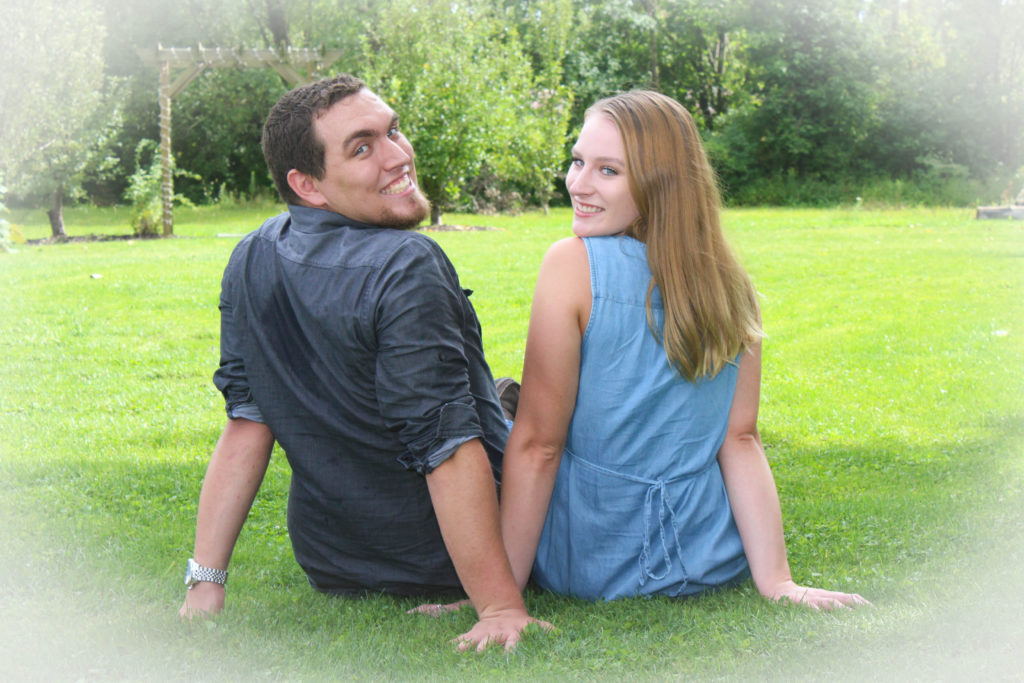 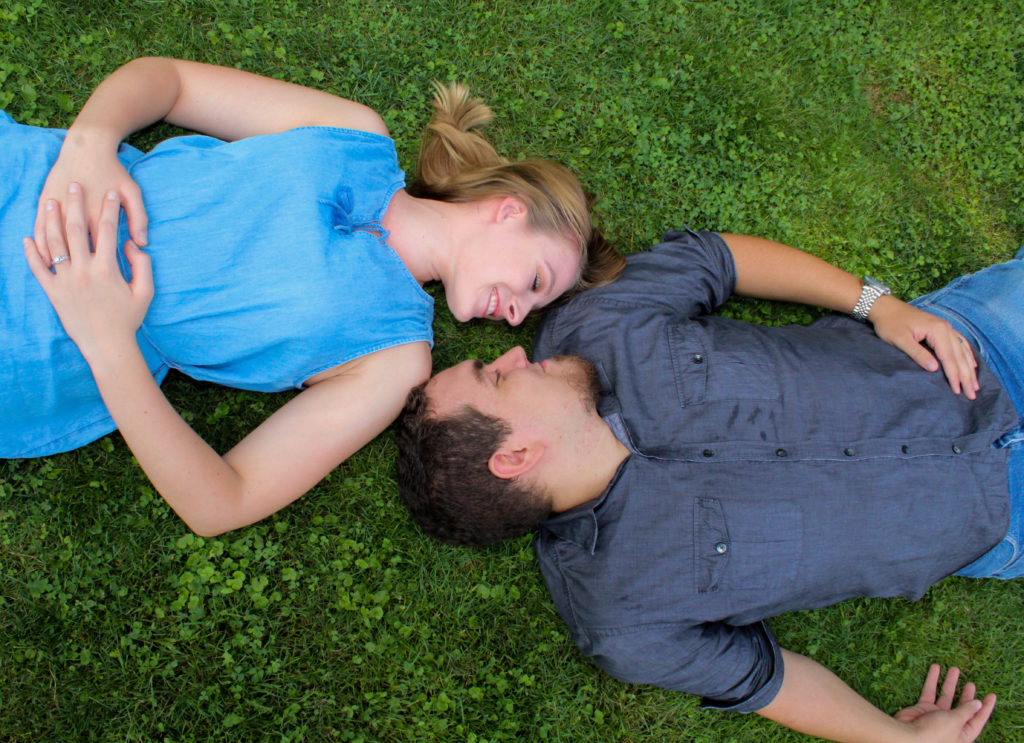 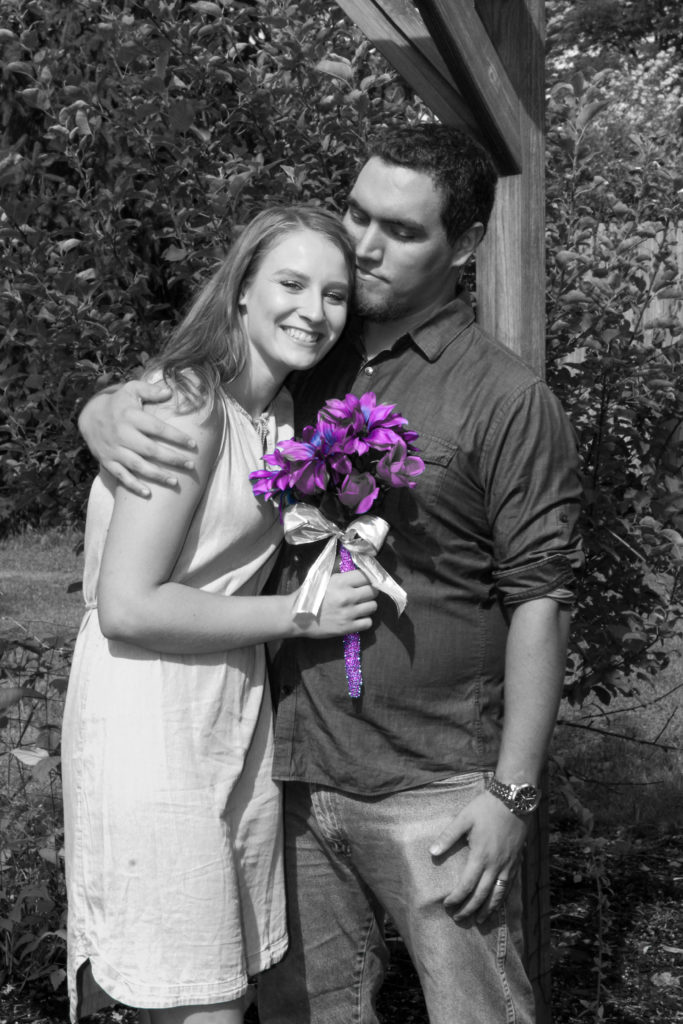 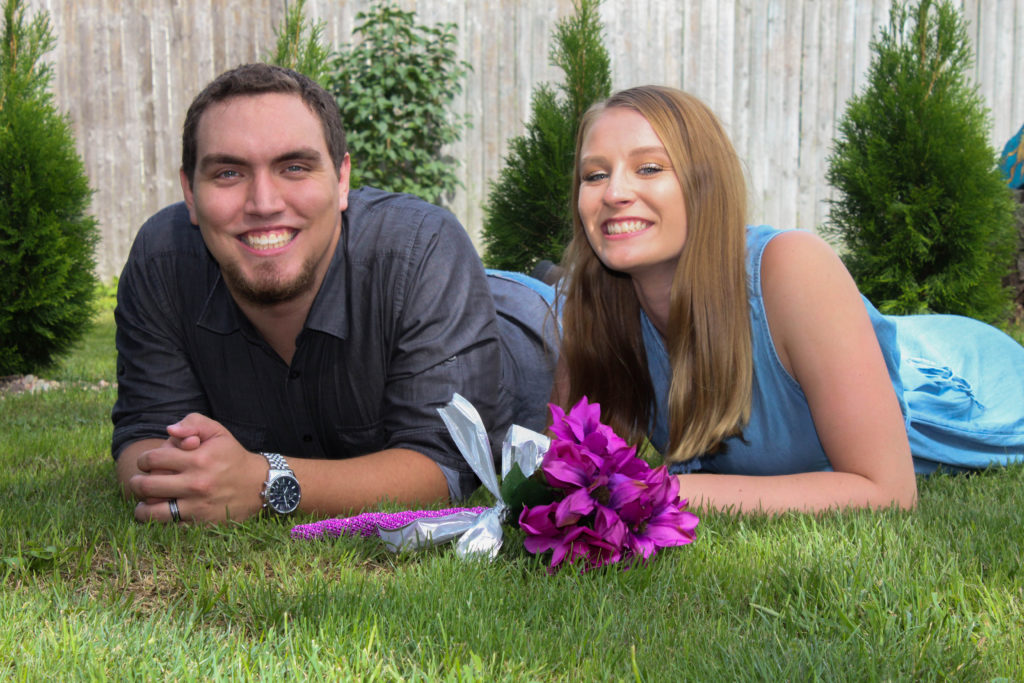 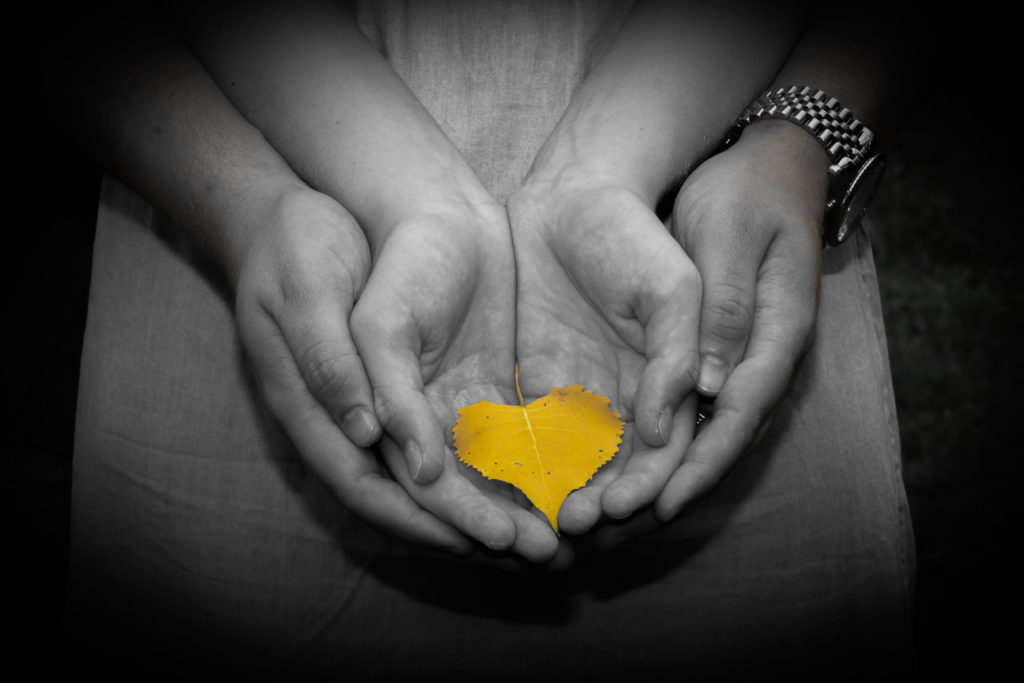 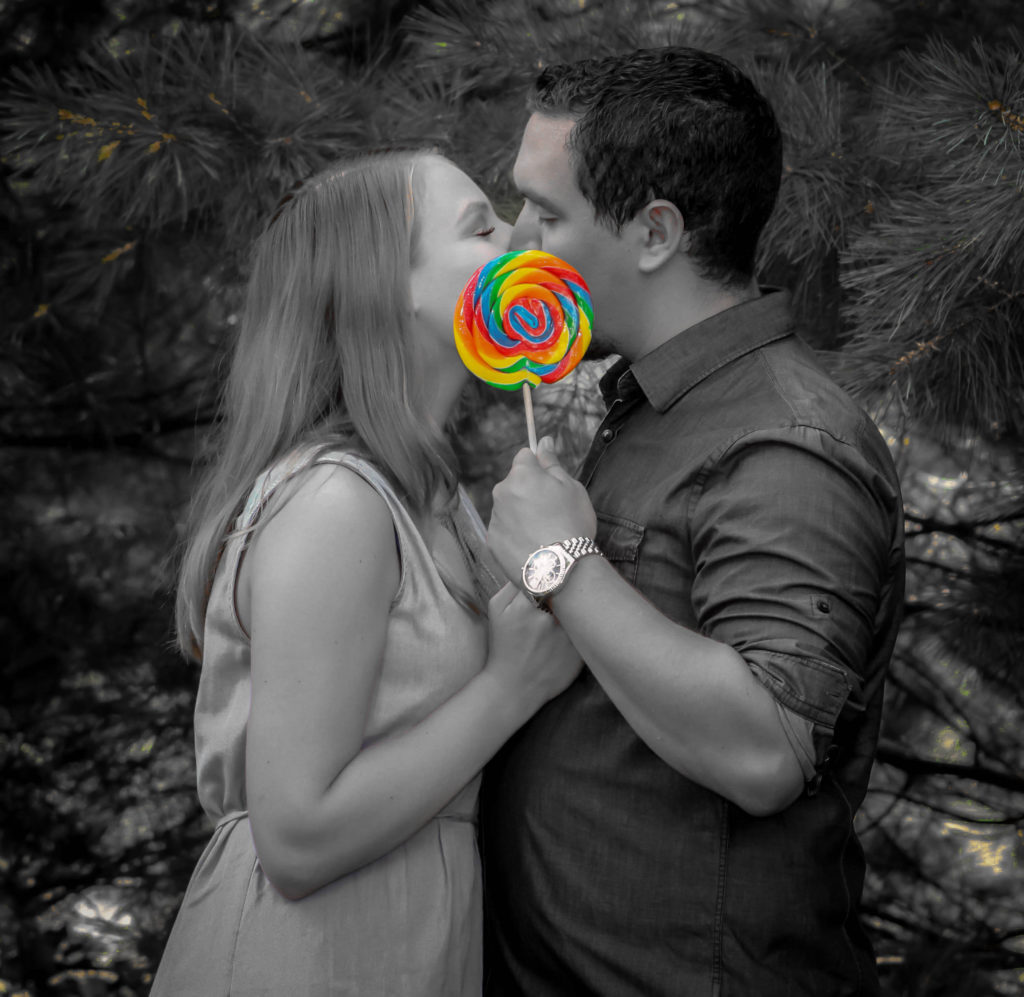 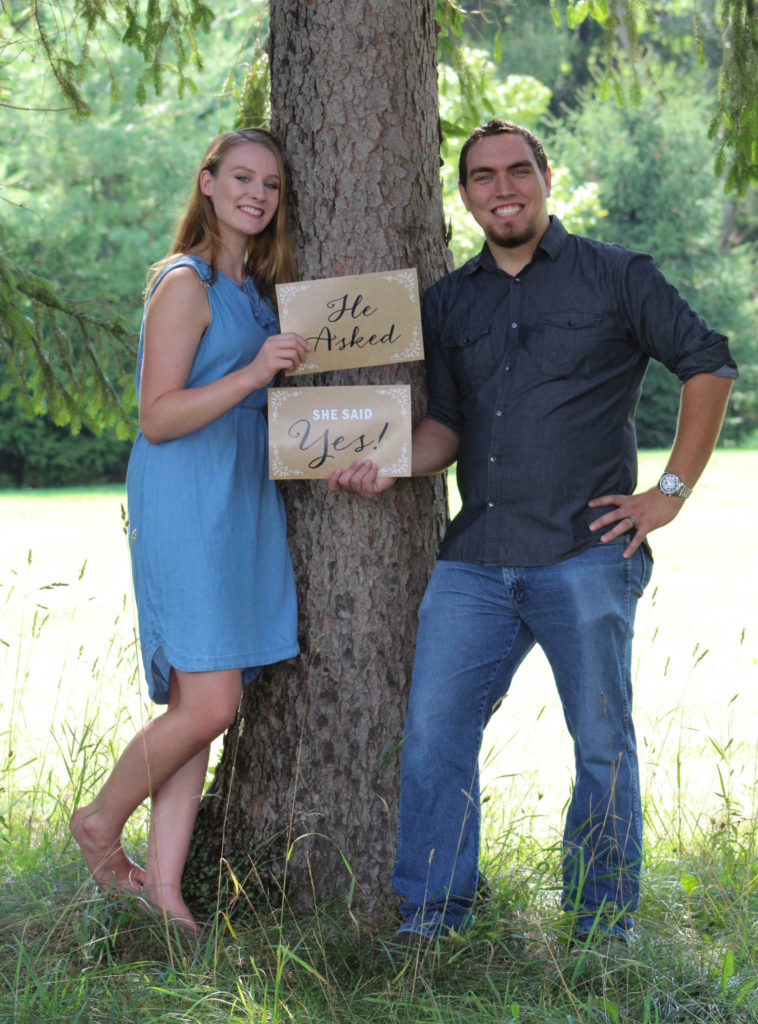 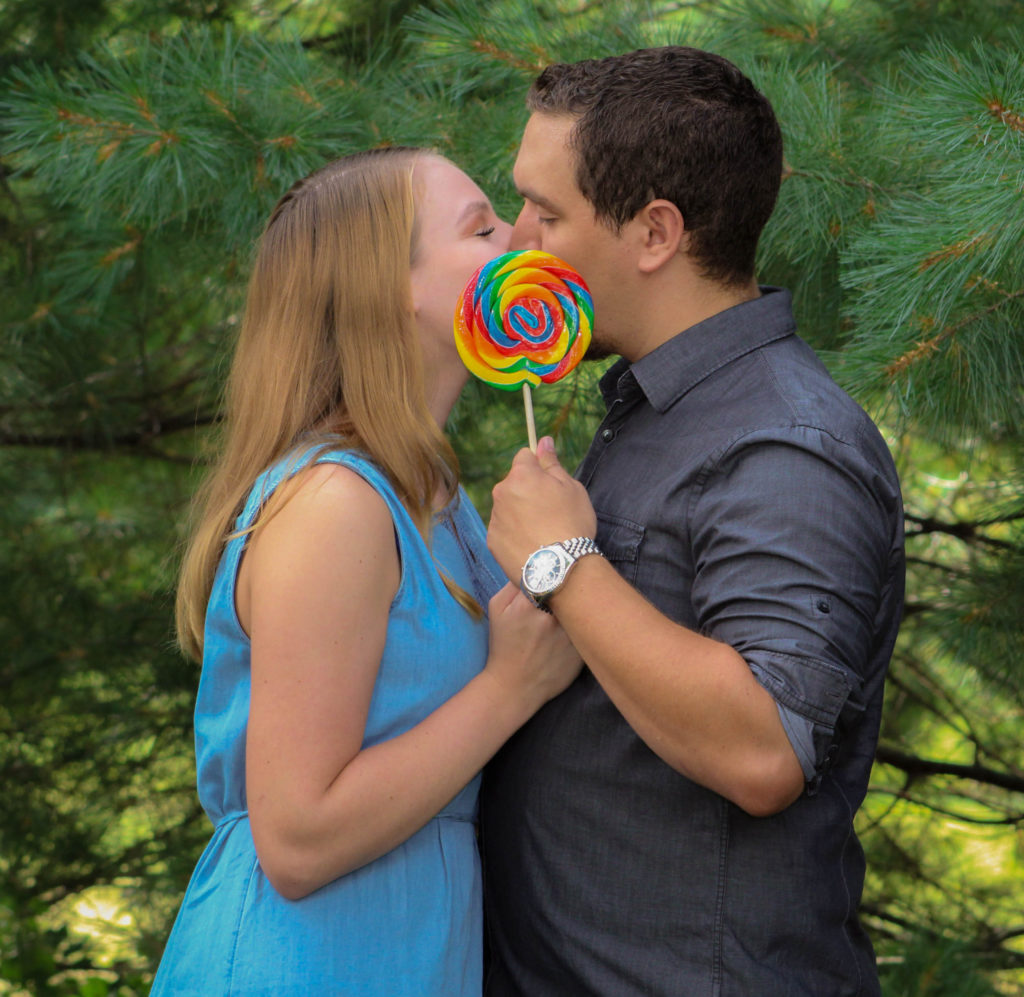 I had a great photo shoot with Katelyn and Robert.  We chose to do pictures in my own backyard, since we have a beautiful water garden that my husband created, to use as a backdrop.  I also have a tree-line that worked great for several shots.
This shoot was scheduled a few weeks ahead of time so I made sure to tell the couple to look into engagement poses and ideas for props for their pictures.  Doing this allows the couple to see different ideas and makes for a more comfortable, laid back, photo shoot.  It also gives the couple the opportunity to get silly and I’m able to take playful pictures.

Katelyn and Robert needed pictures taken so they could add them to their engagement party invitations.  They went with a casual, every day, dress, and brought a prop, along with using some of my own props.  Katelyn really wanted to incorporate a lollipop in their photos.  She thought she would like the photo in black and white and have just the colors of the lollipop show, but preferred the entire picture in color instead.

When taking photos, I like to take more than enough shots of one pose; just in case my focus was off, or someone blinks, or hair blows in someones face…and for many more reasons.  Once I’m ready to edit them, it allows me to weed out a lot of the unnecessary photos and it gives me a lot of the different poses to work with.

So much time goes into the editing process.  I think people often wonder why hiring a photographer costs so much money, but a lot of the work is done behind the scenes.  Very rarely, are there photos that do not need a touch of editing; either something minor as a blemish or a sweat spot, or hiding something in the background (ex. garbage can, mail box, people, animals, etc…).

I had a great time doing this photo shoot because the couple offered many of their own ideas for poses and it made for an easy flow through the whole shoot.

Katelyn and Robert have a second photo shoot planned, with a more formal attire.  Have a few ideas and places in the works.  Looking forward to working with them again.

2 Replies to “Katelyn and Robert Engagement 2018”